The Australian federal government, in consultation with state and territory governments introduced a range of State Specific and Regional Migration (SSRM) schemes designed to address skill shortages in the regions, to attract business people and to encourage a more balanced settlement of Australia’s skilled migrant intake. These initiatives focus on attracting young, skilled, English speaking migrants to areas of Australia where they are needed. 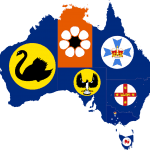 Business migration is an entirely state and territory nominated visa programme. It allows state and territory governments to attract entrepreneurs and investors to assist in the economic development of specific areas. In particular, business skills migrants are encouraged to set up businesses in regional, rural or low population growth areas.

All visa nominations approved by state and territory governments are recorded in SkillSelect and applicants receive an invitation to apply for a nominated visa straight away. In case of Skilled migration, this may prove to be an advantage for Nominated visa applicants as invitations for Independent visas are generally determined by the highest points scores and the earliest date of the SkillSelect application.

Skilled migration applicants, seeking state or territory government nomination, are first required to submit an Expression of Interest (EOI) in SkillSelect. Once EoI is lodged, it can be viewed by a state/territory agency which can decide whether to nominate an applicant to apply for a visa. In addition to SkillSelect application, each state and territory has their own processes and requirements for skilled visa nomination.

Under Business migration programme, a nomination from a state or territory government is mandatory for all business stream visas. Applicants are required to lodge an EOI in SkillSelect, which can be accessed by a state/territory agency or Austrade on behalf of the federal government. All nominators have their own criteria for deciding which nominations they will approve. In some cases, the relevant state/territory agency or Austrade will contact an applicant to discuss investment possibilities. For the Significant Investor stream and Significant Investor Extension stream nomination may be made by either a state/territory government or by Austrade. But for the Premium Investor stream nomination can only be made by Austrade.

Nominating state or territory may require applicants and their dependants to:

There are three major factors determining where migrants settle.

According to 2011 Census data, over half a million new permanent migrants have arrived in Australia since 2006. More than 70% have settled in the eastern states of New South Wales (28.9 per cent), Victoria (26.9 per cent) and Queensland (15.9 per cent), while 16.1 per cent have settled in Western Australia.
The total number of applicants in professional and business migration programs who received nominations from state and territory Governments from 1 July 2018 to the end of August 2018 is shown in the following table: