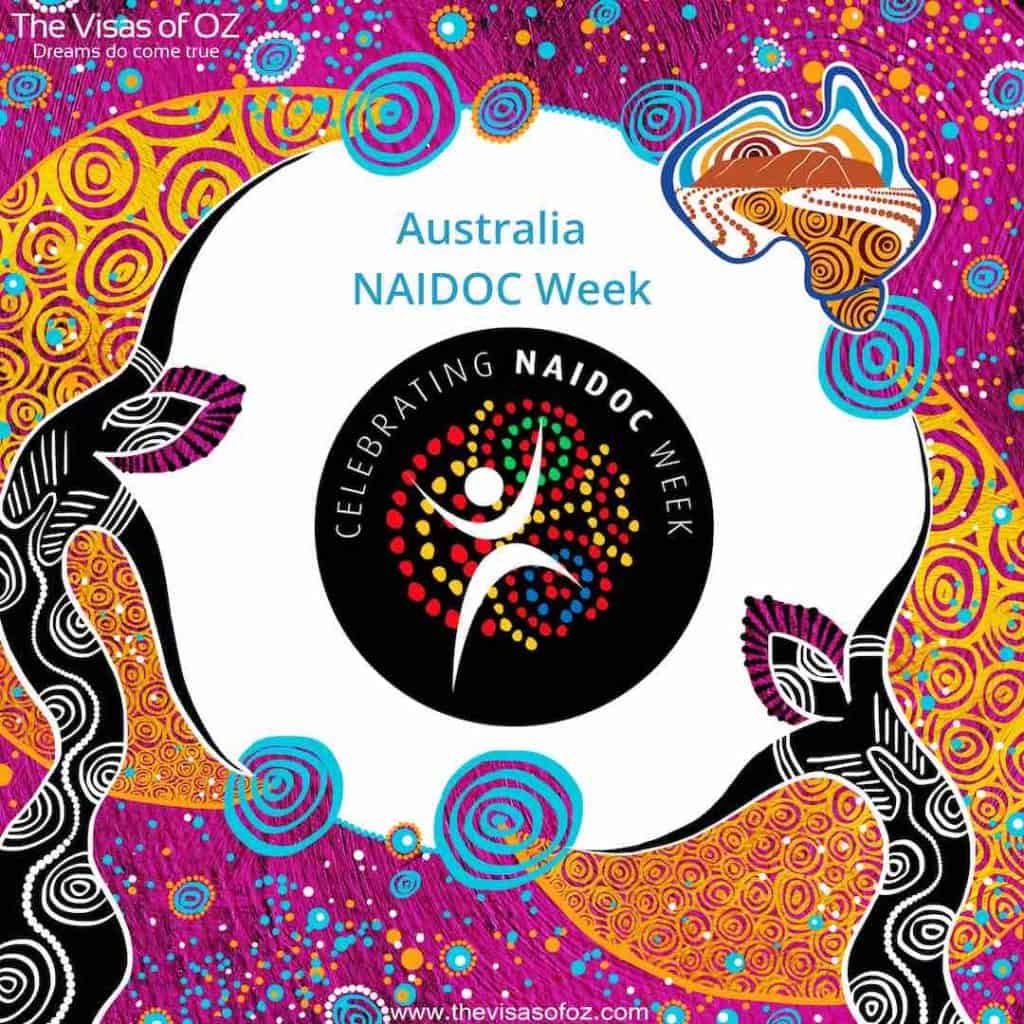 NAIDOC originally stood for National Aborigines and Islanders Day Observance Committee and its acronym has become the name of the week itself. NAIDOC origins can be traced to the emergence of Aboriginal groups in the 1920′s which sought to increase awareness in the wider community of the status and treatment of Aboriginal and Torres Strait Islander Australians.

Despite the early boycotts of the Australia Day by the Aboriginal rights groups, the general Australian public was largely ignorant of the boycotts during 1920-1930. On 26 January 1938 the protestors organised one of the first major civil rights gatherings, known as the Day of Mourning, where a large crowd of people marched through the streets of Sydney.

From 1940 until 1955, the Day of Mourning was held annually on the Sunday before Australia Day and was known as Aborigines Day. In 1955 Aborigines Day was moved to the first Sunday in July and became a day to celebrate the Aboriginal culture. In 1974, the National Aborigines Day Observance Committee (NADOC) committee decided that the event should cover a week, from the first to second Sunday in July.

NAIDOC Week celebrates the history, culture and achievements of Aboriginal and Torres Strait Islander peoples. It is organised in July on a yearly basis and presents a great opportunity to learn more about Aboriginal and Torres Strait Islander communities. Each year there is a different theme that is chosen to reflect the important issues and events for NAIDOC Week. Each theme is represented by its own poster that is selected as part of the National NAIDOC Poster competition and a different focus city is used for the awards ceremony every year.

The poster from 2011 NAIDOC week has inspired some of the artwork created for this website. We are grateful to NAIDOC organisers for making their posters available to general public. This acknowledgement is a small token of our appreciation and we hope that it will help to increase the awareness of the culture and achievements of Aboriginal and Torres Strait Islander peoples.