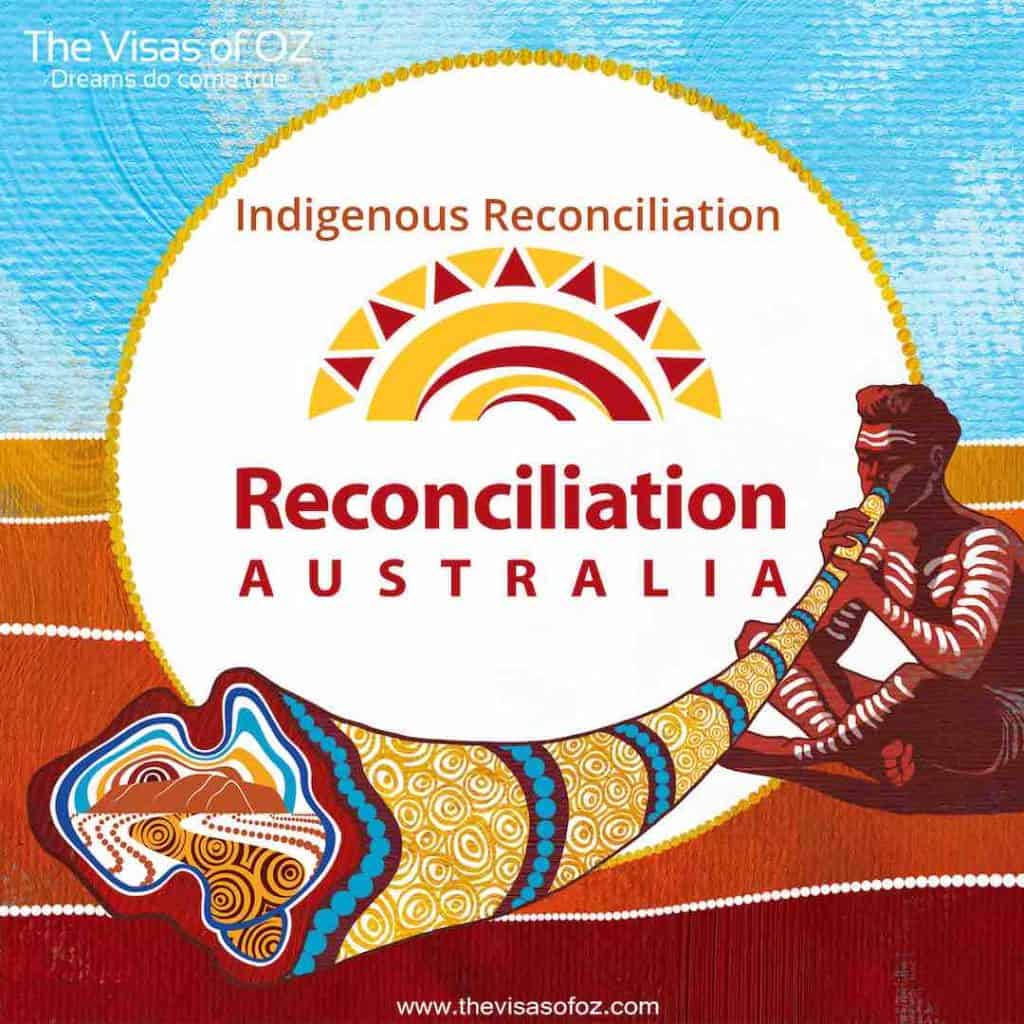 The reconciliation movement began in Australia gradually as Australians started to acknowledge the wrongdoings done to Indigenous people in the past. During the Referendum held on 27 May 1967 more than 90 per cent of Australians voted to give the Commonwealth the power to make laws for Aboriginal and Torres Strait Islander people, and include them in the national census.

Reconciliation aims to improve relationships between Indigenous and non-Indigenous people of Australia and to make sure that the wrongdoings of the past will never be repeated in the future. It also strives to raise awareness and knowledge of histories, cultures, and achievements of Indigenous people and to eliminate social disadvantage and prejudice.

National Reconciliation Week is held every year between 27 May and 3 June to promote Reconciliations goals and to strengthen mutual respect within wider Australian community.