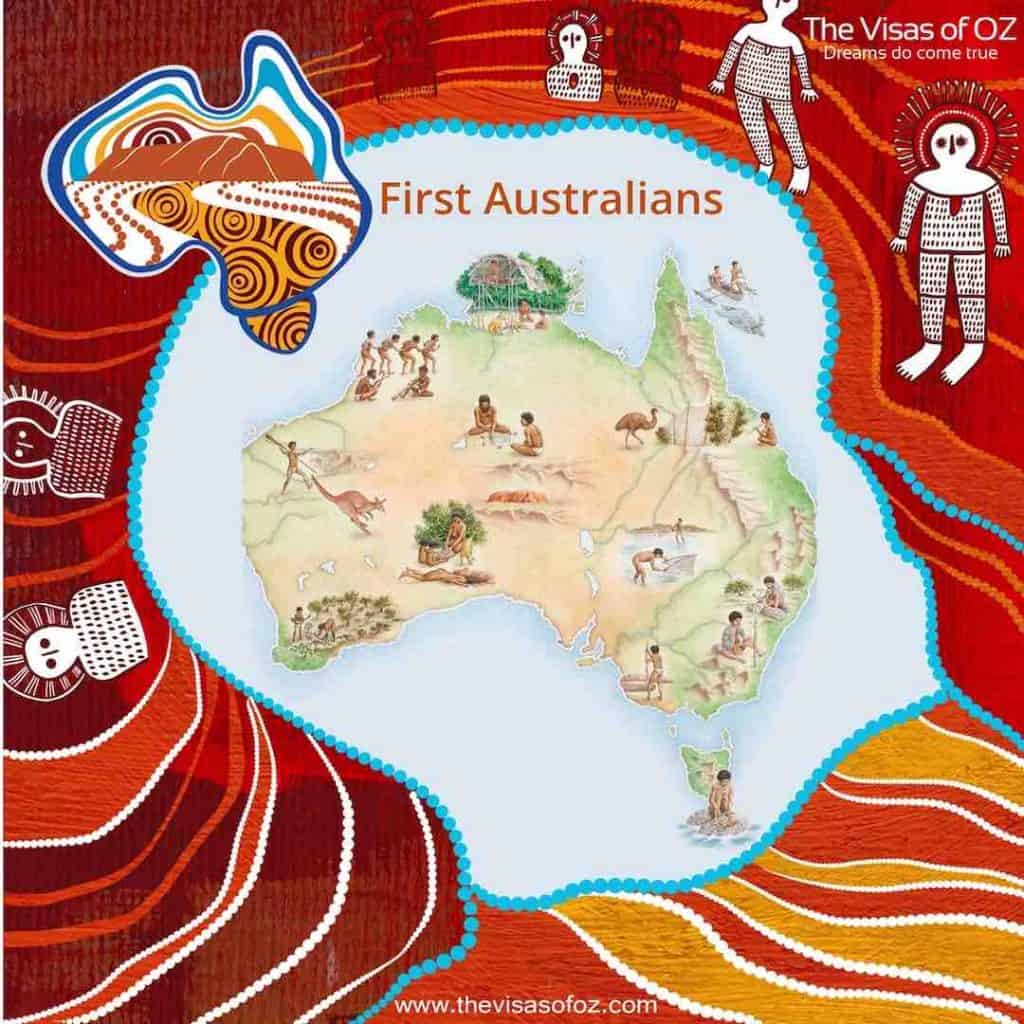 The Visas of OZ acknowledges Aboriginal and Torres Strait Islander people as the traditional custodians of the land throughout Australia. In particular, we express gratitude to Tharawal (Dharawal) people who lived in the Sutherland Shire area for thousands of years. The Visas of OZ pays respects to their Elders, both past and present, and extends this respect to all Aboriginal and Torres Strait Islander people in Australia.

It is generally accepted that Aboriginal people originally came from Asia and have been in Australia for about 40,000–50,000 years. However, some scientists believe that early humans arrived in Australia considerably sooner between 65,000 to 80,000 years ago. In either case, the first settlement have occurred during an era of lowered sea levels, when there were land bridges between Asia and Australia.

There is evidence of complex social behaviours including cremation before 40,000 years ago, personal ornamentation by 30,000 years ago and long-distance trade in objects before 10,000 years ago. Some archaeologist have suggested that Aboriginal cultures have one of the longest deep-time chronologies of any groups on Earth.

Aboriginal people traditionally lived by hunting and gathering and were seasonally mobile, but movements were very gradual due to each tribe’s attachment to local sites of ritual importance. There may have been as many as 500 territory-linked groups. Their members shared cultural characteristics and interacted with one another more than with members of other groups.

The beliefs of Aboriginal people centre around “the Dreaming” or “dreamtime”. It is a comprehensive concept incorporating the past, present, and future as well as almost every aspect of life. It includes the creation at the dawn of time, when mythic beings shaped the land and populated it with flora, fauna, and human beings and left behind the rules for social life. After their physical death and transformation into heavenly or earthly bodies, the indestructible creative beings withdrew from the earth into the spiritual realm.

Through dreams and other states of altered consciousness, the living could come into contact with the spiritual realm and gain strength from it. Various features of the landscape provided proof of the reality and world-creating powers of the Dreaming beings, and a complex system of myths, dances, rituals and objects bound the human, spiritual, and physical realms together into a single cosmic order.

Despite the uncertainties involved in getting a living throughout their long history, Aboriginal people have a strong sense of self and a spiritual confidence in their ability to cope with the physical and social world around them. 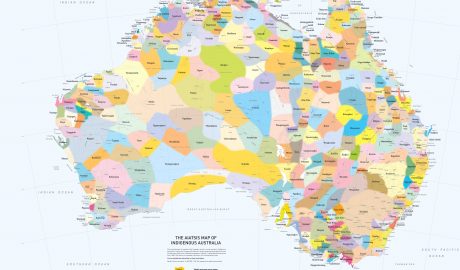 This map attempts to represent the language, social or nation groups of Aboriginal Australia. It shows only the general locations of larger groupings of people which may include clans, dialects or individual languages in a group. It used published resources from 1988-1994 and is not intended to be exact, nor the boundaries fixed. It is not suitable for native title or other land claims. David R Horton (creator), © Aboriginal Studies Press, AIATSIS, 1996. No reproduction without permission. To purchase a print version visit: www.aiatsis.gov.au

View full scale map here. This view is not suitable for smartphones or tablets.