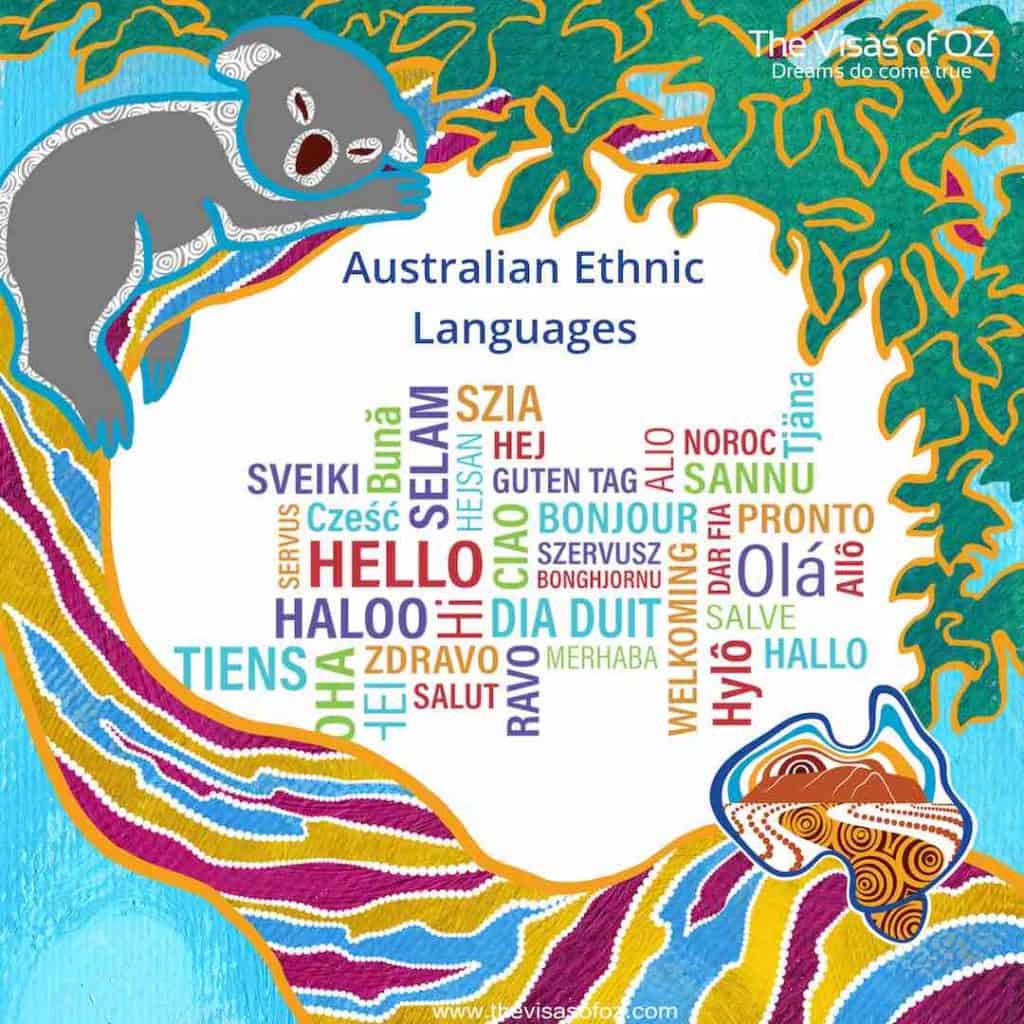 English is the de-facto national language of Australia. But apart from English and Indigenous languages more than 160 other languages are also spoken at home.

Many of the languages are now extinct and some are spoken by only a few elderly people, but many languages are still active. A modern linguistic trend is the use of a distinctive Aboriginal English which might be classified as a creole.

Based on the 1996 Census data about 48,200 people spoke an Indigenous language at home. Most speakers lived in the more remote central and northern regions of Australia. Out of the 50 classified languages, there were 10 Indigenous languages and two creoles which had more than 1,000 speakers.

The importance of the maintenance of the remaining Indigenous languages was affirmed in Australia’s language policy and there is currently a resurgence in attempts to preserve Aboriginal languages and more people are becoming literate in them.

Based on the 1996 Census data 2.5 million people in Australia spoke a language other than English at home.

The ranking of languages roughly corresponds to the numbers of immigrants who arrived from particular country, and the number of children they had in Australia. In addition, some languages have been maintained better than others, and this contributes to their higher ranking among languages spoken in Australia.
There are about 700 Community Languages schools that provide after hours language teaching and cultural maintenance programs. Over 100000 students participate in these programs nationally.

Australia’s everyday language is rich with slang that was shaped by country’s history. Some words were borrowed from Indigenous language or British dialect and slang, while others originated during convict era, the gold rush and during the First and the Second World Wars.
Irrespective of the origin these words reinforce the sense of Australian national identity and character.

Australian slang utilises humour, rhymes, flash language and personal experiences to create new words or to modify the meaning of existing words in order to describe the ways of life in Australia.