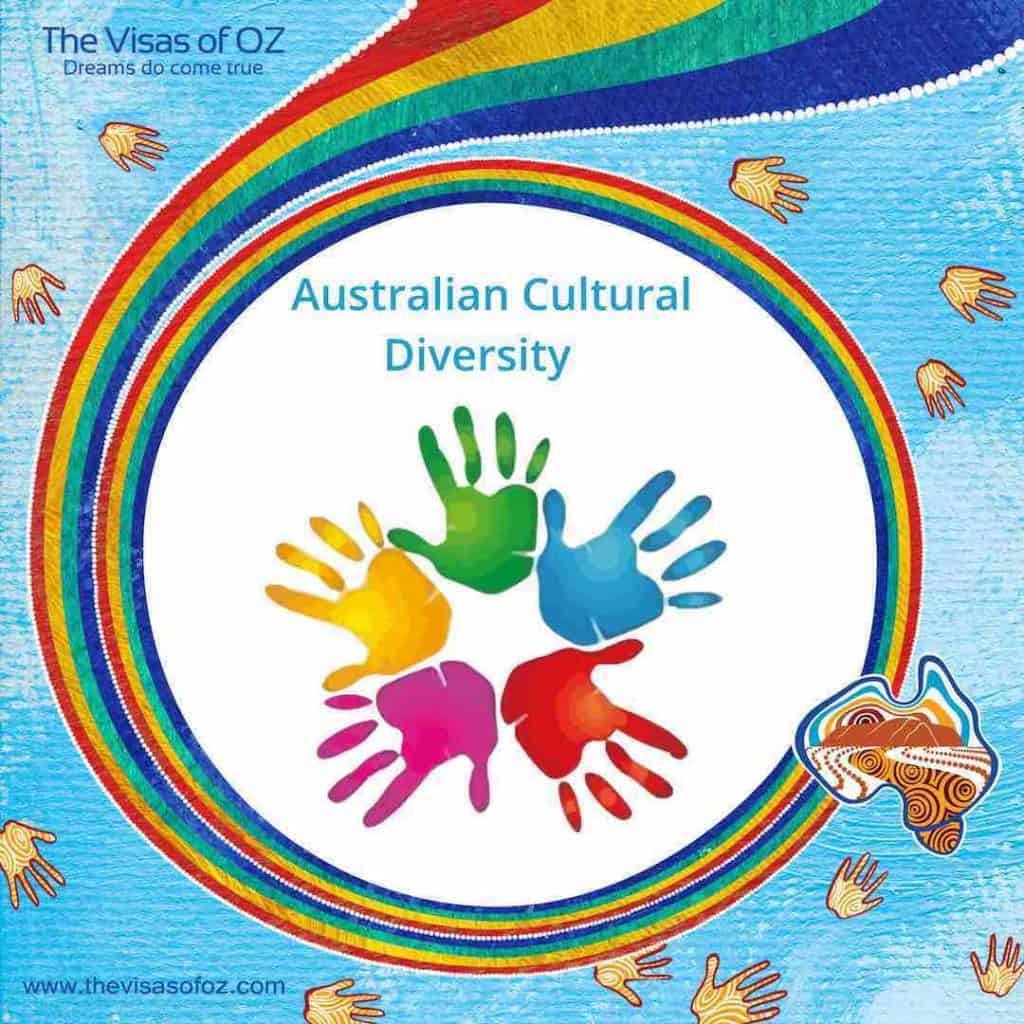 Australia has one of the most culturally and linguistically diverse populations in the world. About seven million people have migrated to Australia since 1945 and a new migrant arrives in Australia almost every 2 minute. According to the Census of Population and Housing by Australian Bureau of Statistics, 25% of Australian people were born overseas and 46 per cent have at least one parent who was born overseas.

Australia’s population today is about 25 million people. But due to the country’s size it has the lowest population density in the world – only two people per square kilometre. The Australian population consists of more than 270 ethnic groups and this diversity has been an important factor in shaping modern Australia. It is reflected in the country’s food, lifestyles, social and religious experiences.

Throughout their long history Aboriginal people of Australia always had a perception of society as a community of common understandings and behaviours shared beyond the confines of the local group.

Modern Australian society follows the same principles and allows different cultures to thrive and flourish in an atmosphere of tolerance and acceptance. The rich cultural diversity is the core of the national identity that makes Australia a truly multicultural society that embraces diversity in backgrounds, histories and heritages.